At the age of 5, Luke Houk started a learn to play hockey class and never looked back. Thirteen years later this dynamic, young man has developed into a leader among his peers. His dad, Lane Houk, credits the sport of hockey and a few of Luke’s hockey coaches, past and present, along with his own constant presence in Luke’s upbringing, which has shaped him into a strong, courageous leader both on and off the ice.

“Luke is not afraid to chart his own course and think for himself,” said his dad. “Once he sets his mind on something, he simply doesn’t let go and doesn’t give up and I love that about his personality and character.” 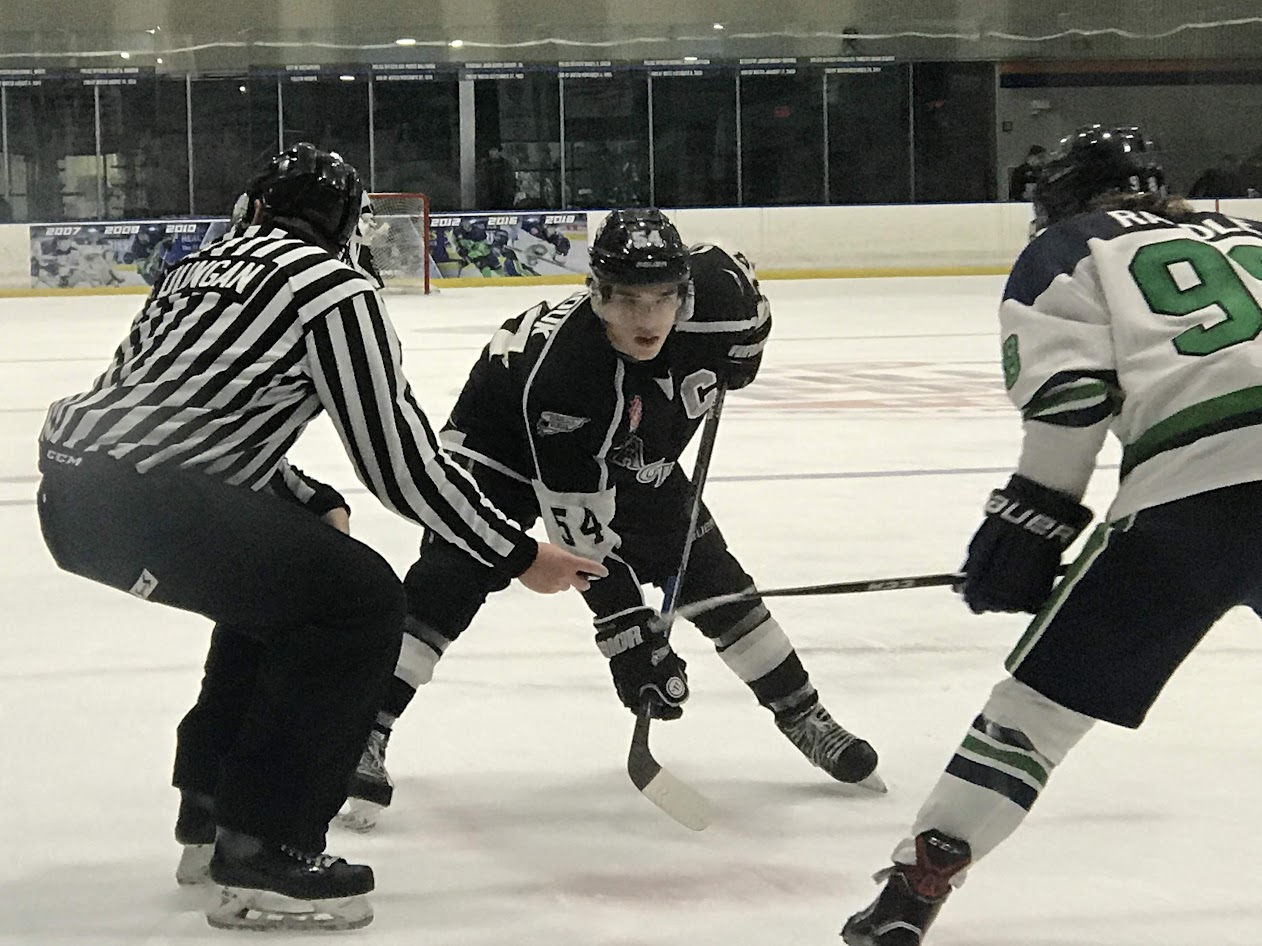 A “GRITTY” Response to Adversity

Luke’s Carolina Eagles Elite team started off their 2018-2019 season playing against the top teams in the USPHL including the Charlotte Rush, Hampton Roads Whalers, Atlanta Knights and Richmond Generals, who ended up winning the 2018 USPHL Elite National Championship. This tough road schedule found the Eagles team struggling to find their way early on against the best USPHL teams on the road. Then in an October game in Charlotte, the season looked even grimmer as their captain suffered a torn labrum after a stick cross-check to the upper torso that separated Luke’s shoulder.

Nominated as Captain of his Junior team by teammates and coaches, Luke demonstrated this characteristic of grit and never give up attitude week in and week out after suffering the injury. Left with a decision to end the season early to surgically repair the injury or try to play through it, Luke said he honestly never really considered giving up on the season an option, and play through it he did. Courage is a key characteristic of grit.

A recent article in Forbes on the topic of GRIT said this, “While courage is hard to measure, it is directly proportional to your level of grit. More specifically, your ability to manage the fear of failure is imperative and a predictor of success. The supremely gritty are not afraid to tank, but rather embrace it as part of a process. They understand that there are valuable lessons in defeat and that the vulnerability of perseverance is requisite for high achievement.

Luke recalls telling his coach and team of the news and also telling them that he was going to keep playing through the injury. “Something seemed to happen to our team after me and a couple of other guys decided to play through our injuries and we just started to fight for each other and really come together in November,” said Luke looking back at the start of what would be 13-0 run including two 5-0 sweeps in the Florida Showcase and the Boston Showcase in December and January respectively.

After learning about the injury and hearing about Luke’s response to the situation it became clear that this is a player that is conscientious about leading by example. Luke recalled that in almost every game he played after the initial dislocation and labrum tear, his arm would dislocate regularly causing excruciating pain in the moment. Luke’s dad recalled seeing him skate off the ice several times from November to February where it was obvious that “Luke’s shoulder had come out of place again.” Yet game after game, practice after practice, Luke showed up and kept showing that gritty character that so many coaches look for in players.

Two other areas that Luke Houk exhibited leadership by example were in his off-ice workout regimen and his academics. According to Luke, he will graduate this June with a ~3.9 GPA and a 1300 SAT score showing that he is not just an athlete but a well-accomplished student-athlete and in the top 2% of his graduating class. In the gym, Luke led his team by sheer example and work-ethic. A 6-day a week off-season workout regimen is credited with helping him push through the injury and the challenges of a long, physical junior season. While discussing this regimen, Luke recalled adding almost 20 pounds of muscle weight in preparation for the 2018-2019 season and coming in to training camp, his off-season work ethic was responsible for this massive gain which was immediately noticeable by his coaches and teammates in training camp where Luke was clearly in a league of his own according to his coaches.

In a recent article on the topic of grit, Andrew Zolli wrote, “Of course, on your long haul to greatness you’re going to stumble, and you will need to get back up on the proverbial horse. But what is it that gives you the strength to get up, wipe the dust off, and remount? Andrew Zolli says it’s resilience. For Zolli, resilience is a dynamic combination of optimism, creativity, and confidence, which together empower one to reappraise situations and regulate emotion – a behavior many social scientists refer to as “hardiness” or “grit.”

After an examination of the challenges and obstacles Luke endured last season, the surgery to repair his labrum and subsequent rehabilitation, it is apparent that he has resilience deeply embedded in the DNA of his character. Few players indeed are willing to go through the physical pain and sacrifice it took for him to finish the season, working to help his team finish strong and leading them as a captain, removing all excuses that any other teammate might think of proffering to not give their very best.

Big Dreams and Big Goals for this “Perfectionist”

Luke started his own car detailing business in his senior year rather than playing it safe by getting an entry-level job like most classmates. His decision has rewarded him well as he has seen his “Wake Forest Auto Detailing” business begin to take off. Crediting a penchant for perfectionism, Luke has seen his business grow fast due to extremely satisfied customers who are both surprised and happy that this young entrepreneur has a work ethic and attention to detail few possess, even as grown adults.

Luke has goals to play hockey in college and has several high-caliber NCAA D3 schools on his radar. After hearing his story and talking to coaches and parents, it would seem improbable that Luke Houk won’t reach his next goal of playing college hockey and becoming a cardiac surgeon which is his BHAG, otherwise known as a “big, hairy, audacious goal.”

Luke remarked that he will be moving from the USPHL to the EHL or Eastern Hockey League this coming season as he has been offered contracts to play with the Philadelphia Revolution and NC Golden Bears. While undecided on which offer to accept at the time of writing, it is obvious that Luke has a very bright future ahead for him as he carves his way into the next level of hockey and life.

“Luke clearly has that ‘GRIT’ factor that college coaches look for along with elite speed and character,” remarked coach Paul Pechmann who is Luke’s advisor and a head coach for Elon University Hockey. We look forward to watching Luke chase down his dreams by knocking out one goal at a time and wish him the very best in his future endeavors. He is an inspiring young leader and definitely one to watch! 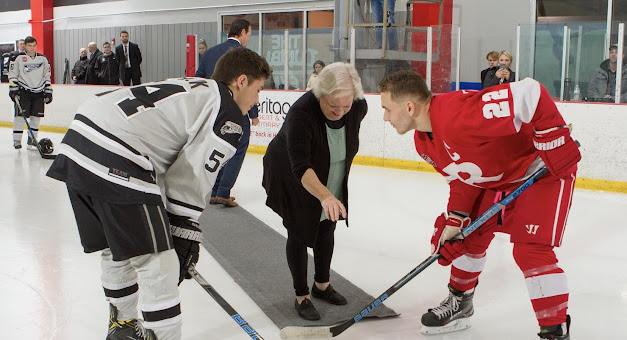