Early on into the pandemic, individuals worldwide knew they were going to have to be as innovative as possible to maintain their success. Across the nation, shutdowns and new restrictions are being instituted every day. Yet, despite these immense challenges for the athletic world, Commissioner Bob Turow and the USPHL have created a groundbreaking opportunity for junior hockey players currently not playing due to shutdowns in certain states; proving once again why they have become one of the most dominant junior leagues in North America with the new “Hub City Tampa” event. We had the privilege of speaking with Commissioner Turow about the event.

As we wrap up this bizarre year 2020, things are starting to look up with the start of the new year. With youth sports all around America struggling to maintain life as it was once before, the USPHL has created an unprecedented event that is sure to change youth sports moving forward. Starting at the beginning of January, the six-week Hub City Tampa will begin. “We took the temperature of the franchises in our league, they then took the same of the players, and we decided we were going to try to put something together if it made sense,” Commissioner Turow said.

Well, Mr. Commissioner, it makes sense. In a time where creativity and innovation are the only ways to succeed, the USPHL has done just that. By creating this 6-week event for their players, the league has continued the commitment and investment to fully develop their players, both on and off the ice. Yet, this is more than just a six-week hockey-filled vacation in Florida. The Hub City allows all these players to carry on with their everyday lives while maintaining a safe environment. “We have been shoving 48 hours’ worth of work into a 24-hour day. To get it to this point has been monumental.”

Looking further into this, many may look at this as another NHL bubble system, but on a much smaller scale. Yet, it is so much more than that. The Hub City system will also include a ton of amenities and smaller events to keep everyone busy, hosting many different events at the resort. “This is more than a showcase. This is an opportunity for them to continue their player development on and off the ice and in the classroom.” With two separate gyms, a team-building facility, soccer, tennis, football, and a golf course, all located at the Saddlebrook Resort in Wesley Chapel, Florida, these junior hockey players are in for an experience they are sure to never forget. “When this group of young men turns 40, 50, 60-years old, they will be looking back saying this was one of the best parts of their youth hockey career.”

All of the USPHL NCDC teams, plus select USPHL Premier and USPHL Elite teams, will play games in the Tampa area while living all in one location, Saddlebrook Resort in Wesley Chapel, Fla. Health and safety is the top priority as players will be restricted to traveling only between the resort and the ice rinks they are playing at, greatly reducing the risk of COVID-19 transmission, while also following federal, state and local guidelines as well as the USPHL’s Health Protocols.

The biggest concern, for a multi-week event like this, is how many moving parts there are. As the largest junior league in North America, there will be tons of teams and players from all over the country. The first priority is keeping everyone safe. “We have our testing procedures in place that we have had through the course of the year. We have our COVID-19 protocol established, which is CDC-approved.” Ultimately, it comes down to limiting the amount of exposure to the virus that each player could potentially face. “We are doing everything we can from a safety standpoint. When teams come into the arena, they will go directly to their locker rooms. There won’t be hanging out in the rest of the arena,” remarked commissioner Turow.

The Commissioner and the USPHL are doing everything in their power to provide hockey in a safe and friendly environment for these young adults. “Safety is first and foremost in our minds.” The league will be actively testing its players, coaches and staff, along with following all the CDC and state regulations. Everything the league has done to create this event has been spot on. If someone does, in fact, test positive, the league will also have a quarantine environment set-up at the resort. Given that the USPHL teams will be the only ones at the resort during this time, there will be no real issues of players encountering individuals who test positive. Once the USPHL officially completes this event, this will be a springboard not just for the league but for youth sports all around the USA and potentially the world.

The initiative is exciting to coaches in the NCAA Division I ranks, who have pledged they will be watching closely to see the next wave of NCAA D-I talent playing in the NCDC. Hear directly from three Division I coaches, including the all-time leader in Division I wins, Boston College’s Jerry York.

Jerry York, Boston College: “The NCDC has made a marked improvement over the last couple of years. They have attracted a strong group of talented players and the coaches do an excellent job with player development. My staff and I will continue to follow the teams when they play in Tampa and throughout the remainder of the season.”

Scott Borek, Merrimack College: “I am impressed and excited for the NCDC and the USPHL as they work towards the ‘Hub City’ in Tampa. I certainly can appreciate the effort and creativity of the league’s coaches and leadership as they try to bring hockey to the kids on their teams.”

Brett Riley, Long Island University: “I have been very impressed by the pace of the NCDC games this season. The coaches have done a fantastic job strengthening rosters and recruiting top prospects to play during these unprecedented times. The talent of the league is even deeper and the games have been fast and competitive. Our staff looks forward to closely following the games down in Tampa.”

One of the most underestimated things about playing junior hockey of any kind is the impact it has on each-student athlete’s education. Even though it is fun to play a sport, these kids have been given an excellent opportunity to separate themselves from the competition. “There are two parts to these junior leagues, the hockey aspect and then the education side of things. Taking care of both ends, doing both things right. It will result in the quality of players choosing our league over others, allowing us to win those recruiting battles.” In the long run, it allows for more players to be placed into college programs to continue to grow as young adults.

As a partner of the USPHL, Elite Junior Profiles (EJP), and the league, are here to do whatever is necessary to advance their young student-athletes. With the competition getting more intense year after year, student-athletes are looking for a way to set themselves ahead of others. With Elite Junior Profiles, they will be able to do just that. By taking advantage of the services EJP offers, players of all sports will have the opportunity to put their name on the map and in Google searches. Yet, like any opportunity, it all comes down to what you do with it. Creating an Elite Junior Profile on their site today will help you reach your goals, connect with next-level coaches and give you unmatched exposure online. 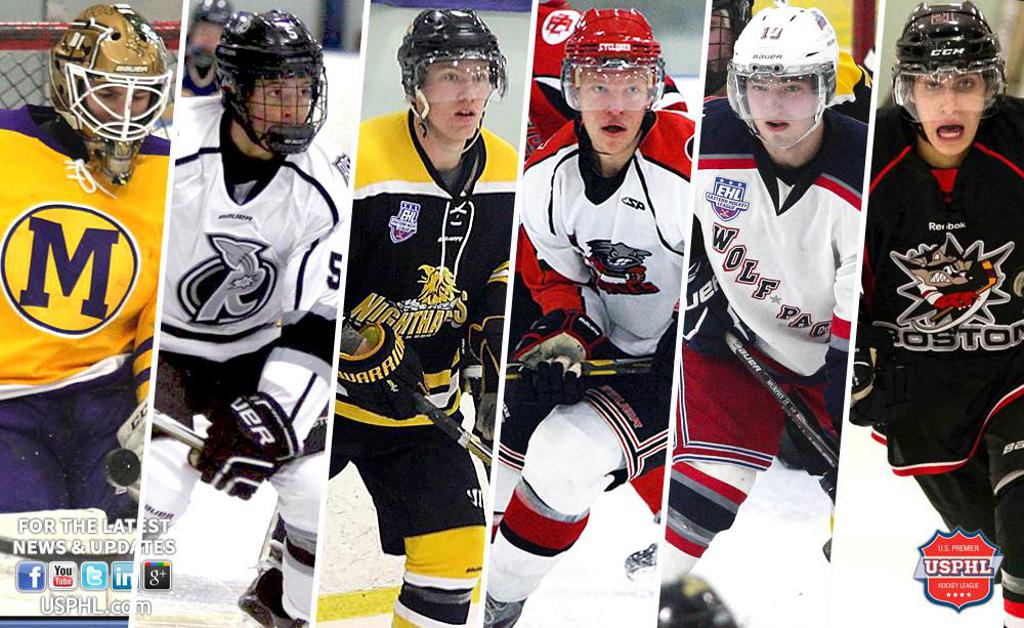 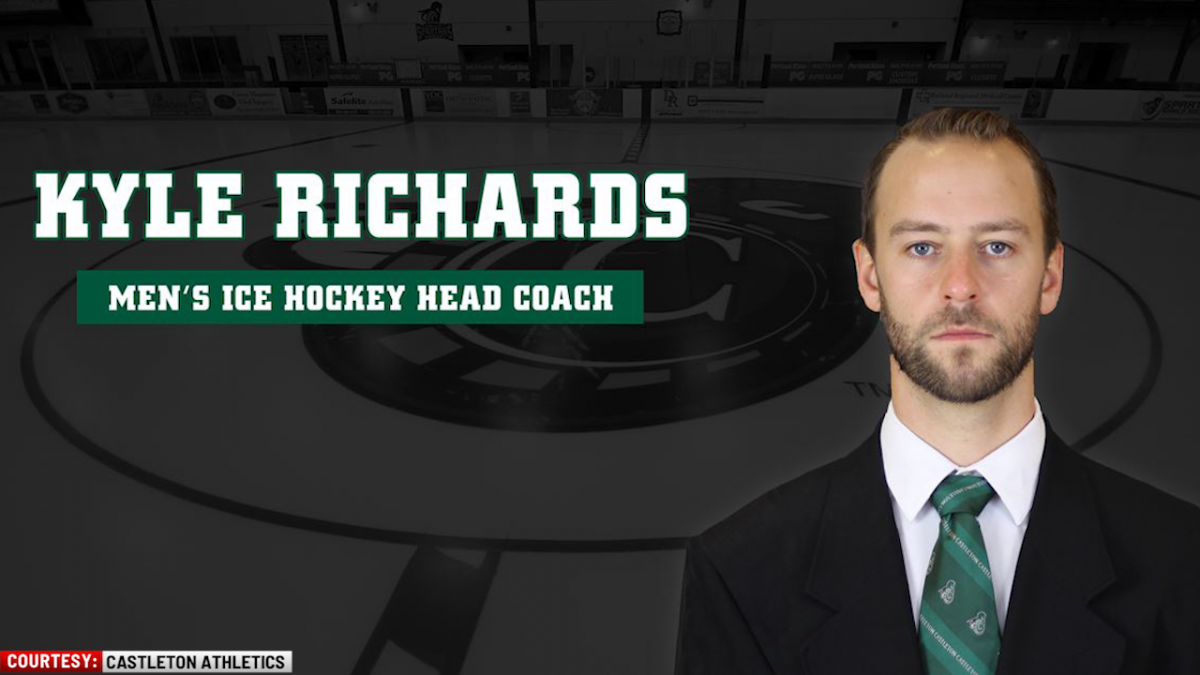